The Tale of Ord

Let’s cut to the chase: The Tale of Ord is the best “escape room in a box” style game I have ever played, hands down.  It is also my favorite cooperative/solo game released in 2018.  If you love escape room games, you owe it to yourself to buy a copy of this game.  Buy a copy now, because there are only 100 copies left for sale.  Once those are gone, there are currently no plans by the designer to reprint this game!

(Note: If and when this game is sold out, I will update this section of the review to reflect that.  If you are reading this note, then there are still copies available!)

WHAT IS THE TALE OF ORD?

The Tale of Ord is best described by its designer Rita Orlov as a “tabletop narrative puzzle adventure”.  Similar to escape room games like Exit and Unlock, you will work through a series of puzzles and riddles contained in documents, drawings, and artifacts that come packaged in the game.  Unlike most escape room games, you are not under any time limit or pressure to rush through Tale of Ord, and it will likely take you 15-20 hours to play through the entire game over the course of several sessions (it may take less time if you play with more people, I played it solo).  Since I was playing it solo, I often would work on the game for 30-60 minutes at a time leisurely while having my morning coffee, and mull over a possible solution for a puzzle I was stuck on as I went about the rest of my day.

Contents of the first chapter’s envelope

In The Tale of Ord, you play as private investigators hired by the dean of Emerens Institute to look into the disappearance of two of his professors.  Professor Rose Woning had been researching Nordic runestones and a mysterious relic she suddenly vanished months ago, and just recently her husband Dr. Andres Woning has also gone missing.  Over the course of a 4-chapter story, you will uncover what happened to them, research the origins of a relic buried in Norse mythology, and “unravel the secrets of fate and time” to quote the product page.  That’s quite the claim!  How many games do you own that let you unravel the secrets of fate and time?  (Well, I guess T.I.M.E. Stories…)

WHAT MAKES IT STAND OUT FROM THE DOZENS OF OTHER ESCAPE ROOM GAMES OUT THERE?

By removing the time limit element that so many escape room games have, Rita was free to design more complex, challenging, and interconnected puzzles than you would normally find a typical tabletop escape room game.  Puzzles in the game may have multiple steps to them, require you to crack codes and ciphers, do actual online research, and other activities that would probably be too time consuming to put into an 60-minute timed game.  And the puzzles are tough!  I don’t want to get into the specifics of any of the puzzles, but The Tale of Ord does things I’ve never seen done in an escape room game before.  It fully takes advantage of the medium and does things that wouldn’t work in a traditional escape room, and likely would be too cost-prohibitive to include in a more mass-market game.

The Tale of Ord has a refreshingly original narrative to it that doesn’t involve escaping the lair of a serial killer, trying to find the cure for something in a lab, solving a murder mystery, or any of the other countless tropes used in escape room and deduction games.  While the game deals a lot with Norse mythology, it isn’t a “viking game,” we have plenty enough of those already in tabletop!  The game is very much set in modern day, and you approach the mythology more from an archaeological point of view.  You actually might even learn some actual history and facts about Nordic culture and history from playing this game!  The narrative ties very closely into a number of the puzzles and brings everything together in a cohesive manner, it doesn’t feel like a “box of puzzles” with a theme slapped on it like some other games out there.  The writing in this game is solid, and the characters you interact with over the story feel fleshed out.  And yes, I said “interact” with, this game has some augmented reality elements to it where you may be required to email and call characters in the game, so having a computer and phone will be necessary at times (they’re just bots and pre-recorded messages you are dealing with, not actual people/actors, if you had concerns about playing this at odd hours of the day and/or an aversion to talking to people on the phone like I do.)

Let’s not forget to talk about the prop quality in this game!  One of the reasons there are only 500 copies of this game in existence is because each copy is hand-assembled by the designer herself.  You can really see that a lot of thought, attention, and love went into preparing each and every copy of this game.  Who knows, there might even be something in it personalized just for you!  Paper documents in the game feel authentic, and props are made of actual wood, metal, and other things that I can’t mention without spoiling stuff.  The wooden components in particular are very nice looking and make for excellent keepsakes of your experience when you are done with the game.  The final big set piece of the game still sits on my desk in my office, and I’m tempted to put together a little puzzle of my own that uses it for co-workers to solve!

The first chapter’s puzzles are pretty straightforward, but later chapters are very challenging and will probably take longer to work through.   For those that get stuck and need a hint, PostCurious has providing an excellent online hint system that not only will give you hints and the solution to every puzzle in the game, but also a way for you to confirm if you have the right answer to a puzzle or not without spoiling the actual answer if you aren’t correct.  This was great for times were I was pretty sure I had done what the puzzle wanted me to do, but the actual answer I reached wasn’t obvious to me as being correct.  Not to brag, but I actually completed the final chapter of the game without using a single hint.  While it took me much longer to finish than previous chapters, it made my ultimate victory all the more rewarding.  If you have the patience, I recommend using the hint system only as a last resort, as great of a hint system as it is.

I realize that $165 is a lot for a single game, especially for a puzzle game that you can’t replay once you know the solutions.  Like some of you reading this, I also was initially hesitant to buy into something so pricey from a new and unknown company/designer, but I took the plunge based on the positive initial reviews, and boy am I glad that I did!  As I’ve mentioned, it will probably take you 15-20 hours to play through, so the price-per-hour comes out to be slightly cheaper than some shorter puzzle/escape room games out there, and definitely cheaper per-hour than an actual escape room.  This is the most expensive game I have reviewed on my site, but I stand by my claim that it is worth every penny.

If you are looking to save a couple bucks on your purchase, you can get $5 off by signing up for PostCurious’ mailing list, or $10 off if you solve a puzzle!  Shipping is also free in the US.

I know I’m repeating myself at this point, but as I said in the intro of this review, this is the best puzzle tabletop game ever made.  It took me 9+ months to finish it, because I purposely paced my way slowly through it, taking long breaks between chapters, namely because I didn’t want it to end.  But what an ending it was when I finally got to it!  I’ll always cherish the time I had playing this amazing game, and will be the first in line to pre-order Rita and PostCurious’ next release.

Speaking of which, Rita is actively working on next game now!  14th century alchemy in Prague plays a big role in it, and her Easter Egg Hunt puzzle challenge (which you can still play, posts for it are on PostCurious’ Facebook page starting April 19) earlier this year was a bit of a teaser for it if you want to check it out.  She has told me that she’s aiming to release it in 2020, so you have a little bit more time to work your way through The Tale of Ord first. 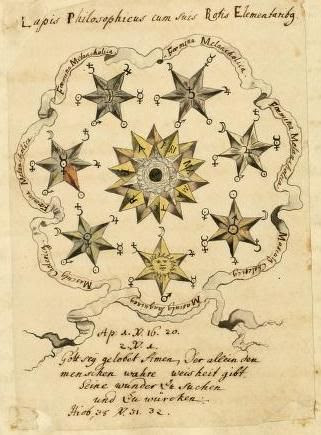