We did it, guys.  We survived 8 months without a Kingdom Death update!  There’s a lot to unpack from the big Gen Con update, comments he made on Kickstarter, and interviews he gave on the show floor.  Initially I was going to write up a big mega-post myself, but as it got longer and longer I took a cue from Adam and will be breaking it down into smaller bite-sized chunks/posts.  Over the next week or two, I plan (hope?) to write posts about:

INTERVIEWS WITH QUACKALOPE AND TWIST

To date, Quackalope and Twist have posted full interviews with Adam Poots from Gen Con.  There’s a lot of cool stuff discussed in both of them, so I suggest if you have two hours to spare, sit down and give these a watch/listen.  If not, I’ll try to hit the key points in my posts:

Let’s start with the biggest question on everybody’s mind: When are we actually going to get Wave 3 in our hands?  The short answer is, unfortunately, probably not until Q1 2021.  Yes, Adam said the game was delayed a year in the update, and I also initially interpreted that to mean a Summer 2020-ish release, but Adam clarified in the Twist interview that a Gen Con 2020 release would only be a six month delay, meaning a twelve month delay would be a late January/early February 2021 release if you take that literally.  What Adam is saying is that he’s going to continue development and design of Wave 3 for another year, so printing and assembly of the games probably won’t start until this time next year.  Ideally it will take about 6 months total to do that like it did for his previous initial print runs of 1.0 and 1.5, which would have production wrapping before Chinese New Year 2021.   Add another month or two for the slow boat, loading it into warehouses, and getting it shipped out to backers, and we are probably looking at copies arriving on backers’ doorsteps around March 2021.  It could go even longer if they don’t wrap by Chinese New Year, issues with customs, or any other changes being brought about in the current or future political climate. 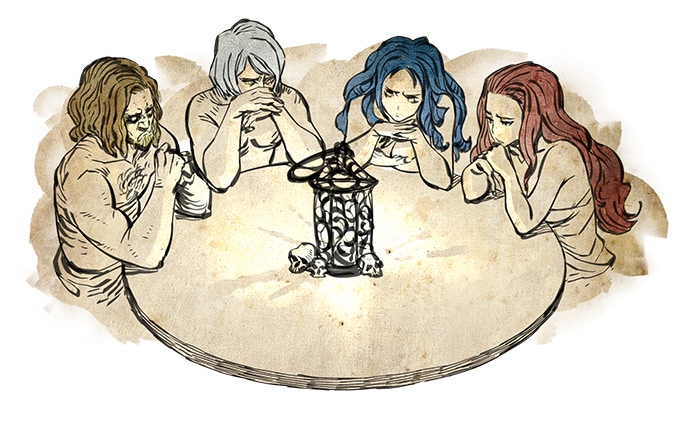 They await… well, really anything new at this point.

I suspect that the main reason Adam has been so silent for the past eight months was that he was hoping to have design wrapped on Gambler’s Chest now and announce at Gen Con that production had started, but Gambler’s Chest still isn’t at a place yet that he’s 100% happy with.  Adam acknowledges that Wave 3 is long overdue, and while he isn’t going to sacrifice quality or his vision to get it out faster, he is making this his #1 priority for the next year and finding ways to free up more of his time to focus on Wave 3.  He has hired somebody in the office to manage some of the more logistical aspects of running the company so he can focus more on the creative side of things.  He is deprioritizing content not in Wave 3.  New sculpts and minis for the online store will be less frequent over the next year.  He’s moving into a new office space with a door that closes, which may allow him to focus more on his own design work and not get as distracted by what other designers are working on for Wave 4 expansions. 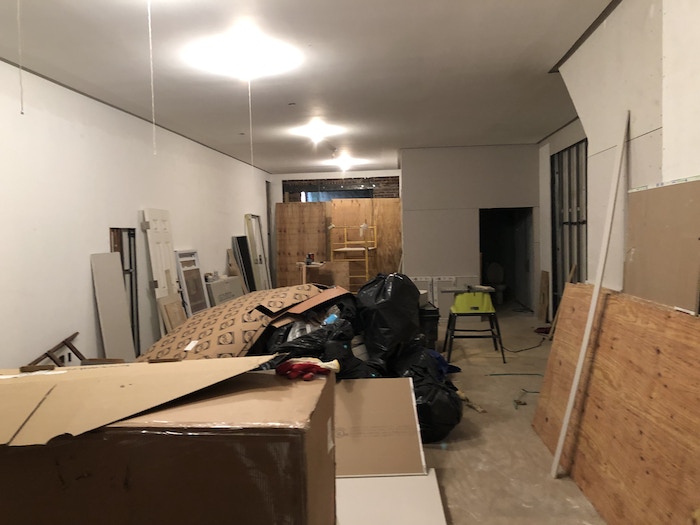 I think Adam’s office is the room with the toilet…

Adam’s not delegating communication/PR to the new hire, but by freeing up some of his own time, he theoretically will also have more time to post updates and communicate with the backers and community.  An example he gave Quackalope during the interview was that by delegating an issue with broken booth displays during transit to Gen Con, he was able to sit down and answer backer questions for a couple hours.   He’s going to try a new strategy of focusing an update around a specific topic so that he can plan to write an update for that, prepare art and photos for that topic, etc.  He has confirmed in the Twist and Quackalope interviews that there will still be a post-Gen Con Kickstarter update later in August.  He had originally said earlier in July that the post-Gen Con update would be more focused on Wave 4 content, but I think it may just be a summary of the convention with links to interviews and pics of the booth.  In late September we are going to get more of a design diary update on the current state of Encounter monsters.  On Black Friday we will have another mega update with a focus on Wave 4 content (hence why I’m not sure if that’s still the focus of the post-Gen Con update).

Going forward into 2020, he has said that until Wave 3 is done, he will post quarterly, possibly more often if he has important news to share, and of course possibly less if he gets busy and changes his mind.  If I had to guess, I predict the communication timeline to be:

Granted, a promise of 4 updates in an entire year isn’t actually much better than what we got in 2018 (4 updates) or 2019 (3-4 updates it’s looking like), but at least they will be a little more focused and evenly spread out throughout the year.

All-in-all, it’s a bummer that we are still a year and a half (at least) away from getting Wave 3 in our hands, but it’s good to see that Adam is finally in the right mindset to actually finish the project, and has made some level of commitment to communicate on a somewhat regular basis with backers (yes, we have heard similar promises in the past, and he already heavily caveats that he makes no promises).  He also announced a ton of new and cool exciting stuff for Wave 3 that should hopefully make it worth the wait, and even stuff that we will get sooner than that!

Speaking of new content, next post will be about the Vignettes of Death: White Gigalion.  I have it, I’ve fought it, and I can give you my thoughts what I think about it and Vignettes as a whole.